My family, The Saviers, were among the earliest European immigrants who came west and settled in Ventura County. The Saviers brothers played important roles in the development of Hueneme, the Oxnard Plain and Pleasant Valley, bringing about events that led to the incorporation of Oxnard and Camarillo as cities.

My great, great uncle James Young Saviers arrived from the Sacramento Valley region in 1862 and settled on the east end of what was to become Oxnard.  He later sold the land to the Oxnard Brothers of New York to build the American Beet Sugar Company factory, which quickly led to the incorporation of Oxnard as a city in 1903.  James took an active part in community affairs.  He was an honorary justice of the peace when the city of Oxnard was incorporated in 1903 (he was elected judge prior to the incorporation.)

My great, great grandfather John Young Saviers and his family made their home in the Pleasant Valley village later known as Camarillo.  John was the first elected justice of the peace for Hueneme Township when Ventura County was separated, as an entity, from Santa Barbara County.  His jurisdiction as a judge also covered Oxnard, Point Mugu, San Nicholas Island, Anacapa Island, as well as Springville village and Pleasant Valley (Camarillo). 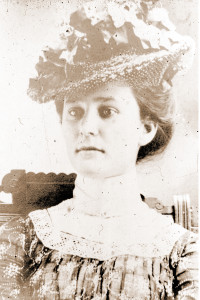 John paid forty dollars in gold coin and a silver saddle for his first Pleasant Valley ranch. His third property in Ventura County later became known as the Catholic Hill site.  It was purchased for $1,000 in gold coin. In 1885 John gave his daughter, Sarah Jane Saviers Willard, the Catholic Hill site.  The parcel included the area where Dizdar Park, St. Mary Magdalen Church and the original site of Pleasant Valley Baptist Church (now the Evangelical Free Church) are located.  Dizdar Park was formerly the Baptist Church cemetery.  John Saviers sold the site of the Baptist Church and Dizdar Park to Frank Davenport who deeded them for the Baptist Church and the cemetery.  Sarah Jane Saviers Willard Sold the piece of property adjoining the cemetery to Juan Camarillo, Jr. 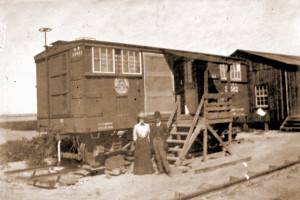 In 1875 John gave the ranch on Ventura Boulevard to his only daughter, Sarah Jane Willard and her husband, Josiah Willard.  The home became known as the Stagecoach Stop as it was built on the site of the Butterfield Stage barn on Savier’s Ranch.  Later, PV Baptist Church, P.V. Baptist Cemetery (Dizdar Park), and St. Mary Magdalene Church were built on the same ranch.

When the Southern Pacific Railroad came through Pleasant Valley, the town was renamed Camarillo (because Calleguas was just too hard for the newcomers to pronounce).   Sarah Jane was known for her great generosity in extending free hospitality to stagecoach passengers and drivers.  Finally, she decided to get paid for feeding lots of people.  She also began to board the railroad workers who came to town.  Among her boarders was Wallace W. Brown, her future son in law who later married my grandmother Laura Etna Willard Brown (a Camarillo Dona).  Wallace came from Maine in 1900.  He was the first office manager and telegrapher for the Southern Pacific Railroad in Camarillo.  He and my grandmother later settled in Moorpark.  My Grandma was famous for her pies and hospitality.

My mother, Florence Lorene Brown Dawson was well known as one of the Brown twins of Moorpark.  After traveling all over the world with my father, Howard Quintin Dawson,Sr. (a command pilot in the United States Air Force), they settled in Somis.  My mother became the Savier’s Family Historian and took on the task of preserving our family history.

Please note:  If you have one of Maulhardt’s books on Images of America, Camarillo; the picture with my mother’s name is not my mother.

Learn more about The Saviers Brothers