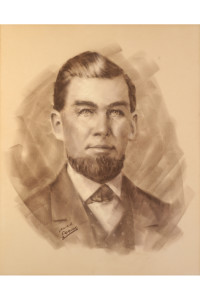 Among the earliest European immigrants from east and Midwest states, who came west and settled in Ventura County were John Young Saviers and James Young Saviers.

Both of them played important roles in the development of Hueneme, the Oxnard Plain and Pleasant Valley, bringing about events that led to the incorporation of Oxnard and Camarillo as Cities.

James Young Saviers arrived from the Sacramento Valley region in 1862 and elected to settle on Rancho El Rio de Santa Clara o’La Colonia at the east end of what was to become Oxnard. John Young Saviers and his family made their home in the Pleasant Valley village later to be known as Camarillo. James who made exploratory trips to California in 1845, 1850 and 1860 and spent some time in the goldfields before heading south, bought 318 acres of La Colonia land from Thomas Bard of Hueneme in 1869. He was lucky to be able to do so after an encounter with hostile Indians in which he was severely wounded.

In 1889, James sold land to the Oxnard brother of New York to build the American Beet Sugar Company factory which quickly led to the incorporation of Oxnard as a city (1903). In 1888 James sold some of his holdings to J. A. Rice, an early settler and rancher. Other acreage was farmed in the Rancho La Colonia area by James’s son, Winfield Scott Saviers, until the 1930’s when the ranch of another son, Charles Saviers, at Wood Road in the Springville Village area was sold in 1962 by Alan, a grandson of James Saviers, the Saviers family had completed ninety-six years of continuous husbandry on the south side of the Santa Clara River.

James Saviers, took an active part in community affairs. He was an honorary justice of the peace (judge) when the City of Oxnard was incorporated in 1903. (He had been elected judge prior to the incorporation.) He died in 1904.

John Saviers was the first elected justice of the peace (judge) for Hueneme Township when Ventura County was separated as an entity from Santa Barbara County (1873). His jurisdiction as a judge also covered Oxnard, Point Mugu, San Nicholas Island, Anacapa Island, as well as Springville village and Pleasant Valley (Camarillo). Both men, as part of their duties, recorded statistics of birth and deaths and officiated as civil marriages. 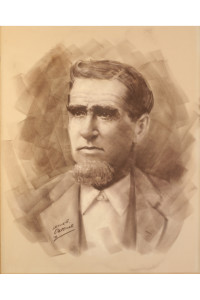 John paid forty dollars in gold coin and a silver saddle for his first Pleasant Valley ranch, located near Pope Ranch. The third site, fifty-four acres which later became known as the Catholic Hill site, he purchased from Elmer Drake in 1975 for one thousand dollars in gold coin. In 1885 John gave his daughter Sarah Jane Saviers Willare, the Catholic Hill site. The parcel included the area where Dizdar Park, St. Mary Magdalen Church and the original site of Pleasant Valley Baptist Church (at the sound end of Arneill Road on Ventura Boulevard are located. Dizdar Park was formerly the Baptist Church cemetery. John Saviers sold the site of the Baptist Church and Dizdar Park to Frank and Augusta Davenport, who deeded them for the Baptist Church and the cemetery. Sarah Jane Saviers Willard sold the piece of property adjoining the cemetery to Juan Camarillo, Jr. He granted it to the Archdiocese of Los Angeles for the building of St. Mary Magdalen Church (1913). St Mary Magdalen Church now serves as a chapel. Another real estate transaction recorded has John Y. Saviers paying Moses Hartman six hundred dollars in gold coin for ten acres where Lakeside Village, portions of Camarillo Community Center, the city hall, and Carmen Plaza Shopping Center are located.